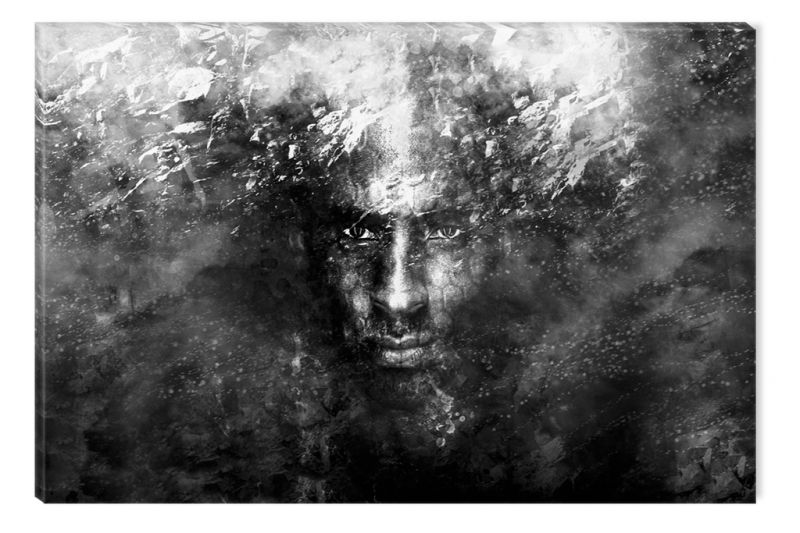 I shrugged. “They called. I answered,” was my curt reply.

My father—dead father looked at me from his casket, his once ebony skin the colour of faded parchment… no doubt thanks to the cool temperature from the mortuary and the lack of blood circulation. His eyes were near whites; I could make out the boundary of his irises by the faint black ring in the corneas.

“They didn’t believe you were truly dead.” By they, I mean the extended family.

My father was known as a spiritual man, but not in the typical sense. He dabbled in things witchdoctors were frightened to think about. He had never used his knowledge to subject those below him to hardship, but he had been feared. When he died, or at least appeared to die, I was called to bury my father. What wasn’t said was that I was called so I would be witness to any black magic to happen.

He scoffed. “Of course… they wouldn’t… believe.” He looked at the ceiling and rubbed his chin, something he always did when he was alive and he was thinking. “Are you… here… to accept your… destiny?”

My destiny. Another unspoken reason for them calling me was because I was my father’s heir. His black magic was mine to inherit. Should anything happen, ‘they’ believed I would be able to protect them.

I shook my head. “I have no destiny. I’m but a simple person.”

I should’ve been afraid, talking to the dead body of my father.

Raspy sounds emanated from his direction, and it took me a while to realize he was laughing. Or at least trying to. “You are… still strong… headed… I see…” His empty eyes moved from the ceiling to stare at me. “You have no choice.”

His words this time were strong, and I knew I should’ve been afraid.

“I had a choice while you were alive, and I still have one now that you’re dead,” I replied, taking a seat in one of the plastic chairs. We were the only ones in the room at that point, and I doubted anyone would hear us talk. “You’re dead, you know. You should have that rest you’ve always been looking for.”

Black magic so strong, it could reanimate the dead. No doubt it would prevent anyone from hearing us speak.

A question flitted through my mind. “What is it like… on the other side?”

His eyes seemed to narrow when he regarded me. “Depends… there’s something… or… there’s nothing…” A smirk laced his face.

I understood. More or less. “Then I choose nothing…”

More raspy sounds from him. Laughter. “I told… you… he wouldn’t… listen…” he said to open air.

The air, in response, began to shimmer. Out of the shimmering walked… a man in a grey double-breasted suit. Or what looked like a man. Each time I looked at his face, I forgot what it looked like the next second. The man spoke to my father, but I didn’t hear what they saying. I couldn’t.

I should’ve been afraid. But I wasn’t.

The man accosted me, wondering about my undulating calm. “How do you not tremble in my presence?”

I shrugged, a habit I was beginning to dislike. I had no answer for the man. The man turned to look at my father, and no matter how hard I tried I couldn’t make out the face.

“You realize that you have a pact that must be honoured,” he was speaking to me.

I pointed at my father. “The pact is with him, not with me. I have no business in the voodoo that you do.” My rhyming scheme must have made the man surprised because his face flickered and I got a glimpse I remembered.

Blood red eyes. He was a demon.

“You will honour the pact. And if not you, then your child. Or your child’s child. Or the one that follows…” the words were spoken with evil exuberance, and I could feel the temperature turn cold as the man regarded me.

I should’ve been afraid.

But I opened my mouth to speak. “No offspring of mine will be subjected to your devilish intent,” I spoke. I should’ve stopped talking, but I continued. “I know you’re a demon, and I don’t care,” I should’ve really stopped. “If you dare touch any of my offspring, I don’t care where you come from. I’ll kill you.” I stood up as I finished my tirade, wondering why I had stood up in the first place.

The man laughed. I didn’t see his face laugh, but I heard the laughter. The air behind him shimmered and he walked through it, disappearing from the room.

My father, in his pale glory, stared at me. “You… have always… been stubborn… He… can… kill you…”

I moved to shrug, but thought better of it, instead of moving towards the door. “Let him try,” I whispered, my hand reaching for the doorknob. I stopped and turned to my father—dead father. “You said on the other side, there’s something… and there’s nothing, right?”

He looked at me with narrowed eyes.

“You should go back to nothing. You weren’t really something in life,” his expression didn’t change. “And you’re dead. So help us all, for once, and stay dead.” I turned the doorknob and left, not checking to see if he had laid to rest.

I should’ve been afraid, I talked back to a demon bent on having my blood. But I wasn’t afraid.