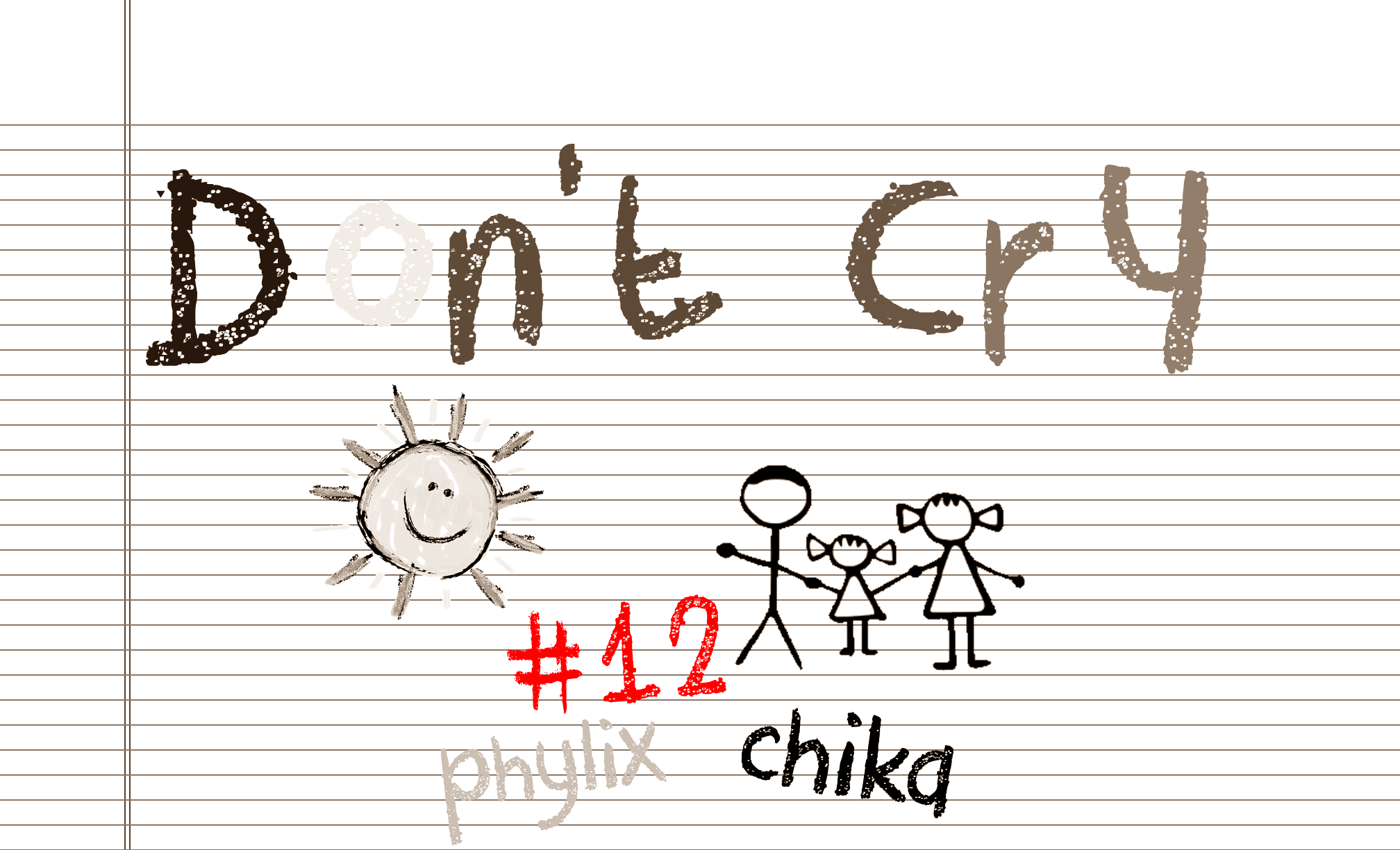 When Lara received the call from her tormentor and kidnapper of her daughter, she told herself that she was ready to do whatever was necessary to get her daughter back. When the call had ended with instructions telling her to grab her clothes and go back home, Lara had no idea she was holding her breath until she finally let it go. In truth, she had been expecting her tormentor to tell her to remove her bra and stand for all to see, or maybe even slip off her panties. She had told herself time and time again as she stood under the scrutiny of the public that she was standing in her undies for her daughter.

Would she have stood naked for her daughter? Lara shuddered to think of what that would have been like.

The walk back home was automatic for Lara, as she didn’t even take note of the jeers and the calls people around her made. For no reason at all, everyone created a path for her, like she was a contagious person. A grim smile latched itself on her face when she realized this.

They have a reason, alright, she thought as she walked. They think whatever witchcraft was holding me has faded. Lara heard a few prayers offered on her behalf, thanking a benevolent being for releasing her from the clutches of the enemy. She would’ve laughed out loud, but Lara didn’t need to fuel the crazed notions of everyone around her. They wouldn’t understand, and even if she explained, they wouldn’t quite get it.

The crowd thinned out at some point, and Lara suddenly noticed she was the only one walking back. Clearly her 15 seconds of fame had ended, and she’d be on the tabloids for bloggers and every single person with an opinion to talk about and shed apart. If that got her Barbara back, then she didn’t really care either way.

Lara got back on her sequestered street and immediately couldn’t wait to get home. The adrenaline from everything earlier had begun to fade away, making her feel heavily fatigued. She toyed with the idea of sipping a bit of wine but knew that there would be no need for that. When she reached the house, she was just going to lie down and surely doze off at least.

“You know… you’ve become very popular in mere minutes,” Lara recognized the voice and couldn’t help but groan out. When she realized she’d actually groaned, she groaned over the fact that it hadn’t been internal. Moving her head slightly to the left, she was met with the image of Foluso standing at her doorway, the look on her face conveying disdain and amusement at the same time.

“I suppose it’s the charm in me. Are you here to gloat or to goad?” Lara asked as she took laboured steps away from Foluso’s front door.

“I’m just here wondering why a self respecting woman would go to the junction and decide to display herself in all her splendid underwear,” Foluso sighed. “The pictures are pretty detailed.”

Lara didn’t have the strength for this. “Why does any self respecting woman do anything to degrade herself? Probably something more important that self worth on the line.”

When Foluso’s eyes narrowed, Lara realized she had said more than what she had intended to. Another groan escaped her lips as she realized she just might have to explain things to Foluso or risk her spreading what was far from the truth.

“Your house had some activity earlier today. Your near nude stance has something to do with that?” she asked as she regarded Lara.

Lara sighed. “Are you asking me out of neighbourly love… or because you want to snoop?”

Foluso smiled, but Lara was dead certain it wasn’t a friendly one. “What kind of person would I be to just snoop around?”

Lara was about to open her mouth and answer before thinking better of it. She sighed again.

“Let’s go inside, Foluso. I think that would be best.”

Lara told Foluso an abbreviated version of the events that had unfolded right from the morning up till that point. She honestly had no idea why she was doing it, but she felt that there really wasn’t anything to lose at that point. When you had been at the mercy of the public eye in your underwear, there wasn’t really much else you could try to cover up. Foluso, to her credit, listened with rapt attention, not interrupting nor asking questions.

Maybe she was showing neighbourly love.

Or maybe she was waiting for Lara to finish, so she could store it all for later gossip.

Lara didn’t know. At that point, she didn’t really care.

“I honestly do feel bad for you,” Foluso said as she dropped the cup of tea she was drinking. She had made two cups for her and Lara to sip. “No one should have to go through what you’re going through.”

“Thank you,” Lara replied softly. Was she feeling a bit of relief?

“And poor Barbara… after everything… she gets this. It’s so sad.”

The relief Lara was beginning to feel immediately vanished. There was a trace of something in Foluso’s voice, but she couldn’t place it. She knew Foluso was baiting her, and against her best judgement she decided to bite.

“Everything? What do you mean?”

“Oh you know…” Foluso twisted her hand to mask her true intent, but Lara didn’t acknowledge, instead choosing to stare at her until she felt the need to talk. “You and Segun. You’ve been having… issues.”

“Well. Everyone has issues. Even you do.”

“Yes, but… I don’t have issues of infidelity.” That was a snide comment. Lara wasn’t going to let it slide.

“That is true… considering you tend to be the reason people around here have infidelity issues.”

Foluso bristled. “Well, I’m not the one sleeping with men while my daughter is around.”

Lara felt her anger rise, and with everything that had happened to her, there was no way she would allow someone as baseless as Foluso to discredit her. “Fancy you talking. You don’t even have a daughter of your own. Probably done one too many abortions for all the men you’ve slept with to even know what it means to have a child.”

One moment Lara was seething with anger, the next moment she was screaming as something hot scalded her face. Foluso had thrown her tea in Lara’s face. If Lara was angry before, she was filled with wrath now. Without thinking about it, she flung her cup and heard it break against the wall.

“Bitch! That’s not cheap! And to think I may know something about your missing child!” Foluso screamed.

Lara’s eyes widened. “What do you know?” she growled out.

“Screw you!” Foluso growled back as she launched herself at Lara. She landed on Lara, sending the stool with saucers on it to the ground. Foluso landed a hard smack on Lara’s cheek. Lara couldn’t tell which got her more, the sting of the smack or the fact that Foluso had actually smacked her. So, she did the one thing that her mind was prepared to do.

Untold strength from deep within charged up as Lara grabbed Foluso’s hand and threw her off. Foluso landed hard on the stoppled stool and gave out a cry of pain, but it didn’t stop Lara from sitting on top of her.

“You slapped me?” Lara asked as she slapped Foluso. “YOU SLAPPED ME!”

At that point, everything came crashing down. All the anger. The sadness. The frustration. The angst. The pains. Each time a new sensation passed through the cracks of Lara’s emotional walls, another hit was landed. A slap. A punch. A jab with whatever was present. It took a long while before the tears falling from Lara’s eyes took a moment to stop and she realized what had happened.

Foluso was bleeding. And she wasn’t moving.

Fear gripped Lara as what she had possibly done dawned on her.

Her shaky hands tried to check for a pulse on Foluso’s neck.

Lara had to get out of there.