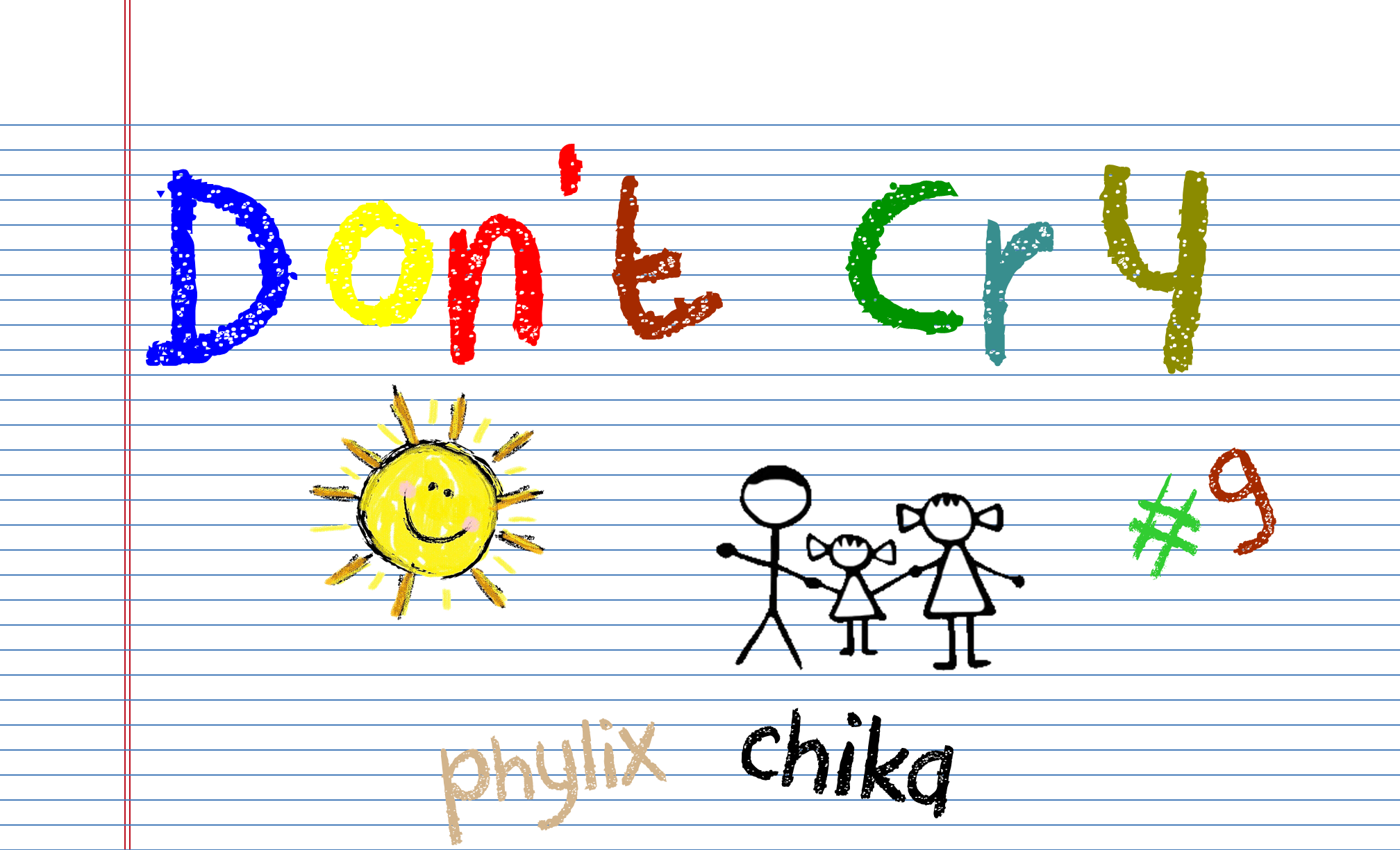 He felt amazing! He couldn’t believe that he had gotten away with what he did.

And yet… here he was!

He wished he could see the look on Lara’s face when she saw what was inside, but there was no way to do that without revealing himself. And he had to prepare. She was definitely going to obey the command this time, and he had to be there to be sure she did. He wasn’t particularly fond of it, though… but it wasn’t his will.

He was pulling off his getup when his phone rang. She was calling him. He wanted to ignore, but then realized that this whole thing wouldn’t be possible if not for her. She was the one who had the brains to come up with the plan, and even though he was more like brawns he didn’t really mind. It was exciting.

“Hello?” he answered, one hand passing through a sleeve of his casual shirt.

“So… how did it go?” the feminine voice on the other end asked.

“No one saw you, abi?” the other person asked.

He hesitated when he remembered the movement he may have seen by the window. “No na… no one saw me.” It didn’t matter if anyone saw him, he was in disguise. There was no way anyone would even know who he was.

He wanted to retort, but held his tongue. She felt like she had the right to be cautious, but he was the one sticking his neck out.

“I’m off to wait by the junction to see your play in action,” he rolled his eyes. “Why would you even want her to be in her undies?”

“Why do you think?” the voice on the other end asked, “To shame her, of course… See, don’t even act like you’re not excited to see that fine woman walk around in her pant and bra.”

Even though she couldn’t see him, he shrugged. He honestly didn’t really care. What he cared about was being there when all this was over. He would be the rock. The one that let her learn the lessons and make her truly change her ways. There would be ample time afterwards to truly regard her in her underwear; underwear that would be chosen for his own pleasure. He almost shivered at the thought, and remembered little Barbara.

“Will you be coming over soon? Barbara will eventually have to wake up. Can’t keep drugging her.”

“True… I think I’ll be able to show up soon enough. But is there still enough in her to make her sleep until you get back?”

“I no sabi o. Maybe, maybe not. I’m sha not drugging her more. Can’t hurt the little angel.” He checked on Barbara to be sure she was asleep, and sure enough she was snoring softly. “She’s still out. I’m moving to the junction now.”

“Okay. How many minutes will it take you to get there?”

Segun still felt like a mess, so it was no wonder that BC had asked him to head home. Some of the names Emma had given were people that had shook hands with Segun without batting an eye. He was well aware that his wife had a serious case of infidelity, but to be able to put names to the hitherto unknown faces was a different matter on its own.

He was no closer to finding his daughter, and had instead stumbled on the identities of Lara’s different partners. He rubbed his eyes with his middle finger and his thumb as he sighed. Be careful what you wish for, he mused as the car pulled up at Oshe’s. Segun got out of the car and thanked BC’s boy for the ride, before stepping in to ask the bartender for an iced tea in a plastic cup.

He was no longer buzzed from the drinking, and the adrenaline from smacking Emma around had worn off. There was no way he was going back to the house, so his next available option was the office. It didn’t even warrant a second thought as he entered his car and pulled out of his parking space to join the mild traffic streaming by.

As he slowly weaved his way back to his office, his phone rang. He was definitely not in the mood for phone calls, especially now that he was driving. The phone rang until it stopped then almost immediately started ringing again. Segun hissed as he peered at the caller ID. Bad enough that his wife had allowed his daughter to be kidnapped right under her nose, he didn’t want to have a talk with his mother then listen to her scolding and chastising all over again. He couldn’t even remember the last time he had a decent enough conversation without her questioning his decisions and wondering where he fell off the rails.

She had planned out everything for her son, and in her eyes the fact that he didn’t follow her plans meant he wasn’t up to snuff. Even her daughter-in-law had been hand picked for Segun. Maybe she had been right about Lara…

Segun shook the thoughts out of his head. The last thing he needed was a less than nostalgic walk down memory lane. He focused on the driving until he reached the office and parked into his space. He slipped out of his car and tried to be inconspicuous as he stepped into the building and bounded for his office.

It didn’t work out so well. Just a few feet to the door of his office Florence trailed behind him. He didn’t regard her until he entered the office and slumped into the sofa. Florence stepped in behind and calmly closed the door, her hands behind her back as she silently stood by it.

Silence ensued for a few moments until she breathed out; “I’m sorry…”

Segun let out a breathe, but it sounded more like a choke.

“I’m so sorry Segun… I don’t know what to…” Florence stepped forward and sat on the edge of the sofa, grabbing Segun’s hand with both of hers.

“Why…” Segun whispered. “Why her? Why me? Why her?” Segun pinched his eyes closed to stop the dam.

Florence said nothing. She put a hand on his shoulder and gently rubbed it. Segun tried to speak again, but more choked sounds came forth.

Segun nodded. He didn’t have to say any words. Segun sighed, the gesture full of uncertainty and hurt, and then he felt something on his face. Opening his eyes, he saw Florence looking at him, her hand on his face. She was wiping something away.

She was wiping his tears away.

Segun couldn’t hold it in any more, and allowed the dam to burst. The tears flowed freely and Florence moved his head to rest on her chest, wiping away his tears and making soothing sounds. Segun felt so exhausted. His head tipped as something brushed against his cheek, and he looked up to see Florence had given him a peck. He closed his eyes and took another from her. Then her lips brushed over his, before they came back and lingered for a spell.

Segun looked at her when she pulled away and try to speak. “I… I don’t…”

Florence shook her head. “Don’t… Just breathe,” she whispered, her breath hot against his face. She went in again, and this time the kiss was longer. Segun drank it all in, grateful for the respite and hungry for the emotion. Florence slowly pushed his back down to the sofa and went on top of him, kissing him all the way. Buttons were slowly unbuttoned, and shoes fell down to the floor. The kiss broke long enough to each of them to catch their breaths.

“You… you deserve happiness,” came the reply.

He didn’t talk, but instead placed his palm on her chin and drew her in for another kiss. This time it wasn’t as gentle, instead burning with the hungry flames of each of them as their bodies shed clothing and began to move in sync.