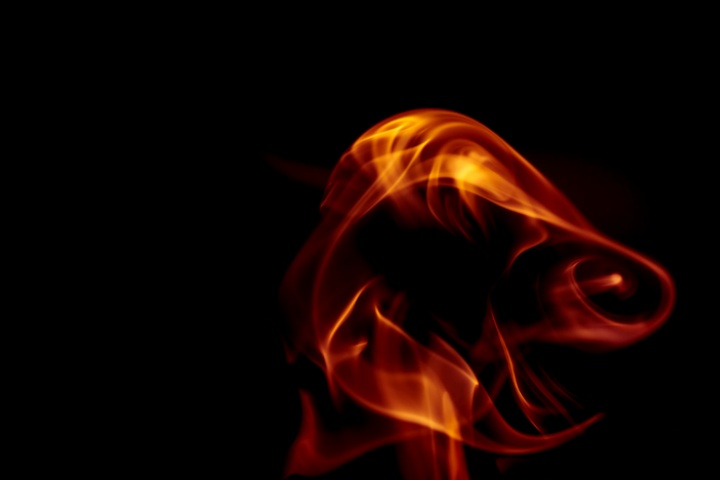 Published by Nnọkọ Stories on September 2, 2021

Henry tosses his iPhone on the bed and sighs as he moves, discouraged, to his wardrobe to throw on a shirt…

Henry: (sighs, taking the call) Where you de keep phone, guy? I don de call-call you.

Friend: Bro, abeg, no vex. I go drop that my Calabar olosho for airport now. As I come back house now, I see say I leave phone for here. No vex, abeg.

Henry: (sighing again) No wahala. Do quick de come my side na. All man dey house now. You know say your presence go be beta morale support for that shit wey I bin reason you.

Henry: No shaking. (Hangs up.)

Mama Henry: (shutting the door) Nnaa, how nau? Otegokwa aka obere. It’s been a little while.

Mama Henry: (smiles and nods) I can see that. Let me, eh, let your friend know that you’re here. Biko, make yourself comfortable, oh? This is also your house, mm?

(Henry’s mother strolls out of the living room and in a minute or two, returns with Henry, and enters the kitchen to rustle up something.)

Nnamdi: I dey, man. (Stands to shake hands with Henry.)

Nnamdi: (laughing) Haba nau. You’re family, bro. How I go litter you like that?

5 minutes later, after being summoned, Henry’s parents join the boys in the living room…

Henry: Mummy, daddy, I thank you both for being here. There is something I would love to talk about. Something I’ve kept hidden and, eh, coded, if you may, for quite some time now.

Mama Henry: Sorry o, nnaa, before you continue, let me at least offer your friend some kola nau, eh?

(Henry’s younger sister dashes out of the bedroom and into the living room.)

Papa Henry: Go and buy something for your brother’s guest, mm? (Reaches into his trouser’s pocket and gives Ruby some naira notes.)

(Ruby collects the money and exits the house.)

Henry: Thank you, sir. Right. So, yes, to the reason why I called this impromptu meeting. Eh, I know how this may sound, but believe me, I have also thought about it. Please hear me out. For all my life I have watched us as a family suffer, feeding from hand to mouth. We have borrowed so much and are still in debt. This has kept me up for nights, so I made a decision. That decision is G, or “Yahoo-Yahoo” like everybody calls it.

Papa Henry: Wait, what is this rubbish you are saying? Did I just hear what I think I heard? (Struggling to keep himself composed.)

Nnamdi: (standing up) Sir, ma, I know how this sounds and how it might look, but you’ll love what he is about to say next. I promise you that.

Ruby: (opening the door and walking in) Whoa, whoa, what is going on? (Hurriedly shutting the door behind her.)

Ruby: (confusedly) O…K. (Does as instructed.)

Papa Henry: (turns back to Henry) Ehen? We’re all listening.

Henry: (exhales and rises to his feet) Thank you. (Turns to his mother) Mommy, I understand the way you f…

Henry: (a bit nervously) Right. Like I said, it, uh, was the condition of the family and the hardship in the land that made this crayfish (points at himself) bend.

Papa Henry: (barking) You think this is funny?!

Henry: N-N-No, sir. I’ll just get to the point. My friend here, and myself, partnered on a deal or should I say, transaction, and it paid off in a lot of zeroes. So, I thought to myself, why not move your family out of this shoebox? Ruby, could you please get me my tab in the room. I’d like to show them something.

Mama Henry: Wait, wait, wait, Ruby knows about this? As in, she has always known? Hay! Chukwu nna, are my sins the worst?? (Hands on her head as she stares up to the ceiling.)

(Ruby returns with the device and hands it over to Henry.)

Mama Henry: (turning to glare at her husband) Papa Henry, you will not talk now, abi? Abi??! Ah!

Papa Henry: Nwanyi, let us wait till he is done talking! Don’t bug me! Please!

Henry: (swallows as he gives the device to his father) So, erm, daddy, that’s the small house I was able to buy. The Livingstone Estate managers said it was the only available house in the estate at the time. Daddy, it’s all paid for and is now officially ours!

(Papa Henry takes his time to go through and zoom into different angles of the swanky building’s photographs while his wife continues to lose her voice to wailing and lamenting.)

Papa Henry: (turns to his wife) Won’t you take a look?

Mama Henry: Take a look?! Are you kidding me, Ossai? I should take a bloody look?!! Wait, you’re not considering what I think you’re considering, right? Right?!

Papa Henry: Anita, can you try holding it together for once?? Which do you love exactly? This stuffy, rubbish one-bedroom apartment or the face-me-I-face-you setting of the yard?

Mama Henry: I am terribly disappointed in you, Ossai. (Stands and quietly enters the bedroom.)

Papa Henry: Look, don’t mind your mom. Agu anaghi amu nwa ujo! I’m proud of you, son! You’ve done that which I wouldn’t have imagined in my wildest dreams!

Henry: Wow. Daddy, thank you so much. It’s all God’s blessings. But I’m a little worried about mommy and how she’s taking the whole thing.

Papa Henry: Leave your mom to me, inu? Don’t let that worry you, o, nwoke oma? So you actually mean we own this fine house now? Wow. (Goes back to staring at the pictures on the tab in his grasp.)

Henry: (chuckles) It’s all ours. The keys are with me as we speak. Whenever you feel up to it, we can go see the place.

Henry: (sits and shakes Nnamdi’s hand) Omo, thanks a lot for coming through for the boy. Sheesh, man.

Henry: (turns to Ruby) Keep sitting there, smiling like an òdè, inu? Don’t come and serve our guest his kola.

Ruby: Oh, shit, yeah. That. (Leaps to her feet and scurries toward the dining area.)

(Ruby returns to the living room with a bottle of beer and a glass cup resting in a fancy tray.)

Nnamdi: (laughs) The hell are you talking about, man?

(Papa Henry, distracted by the raised voices, raises his head from the tablet’s screen to really observe what is going on.)

Ruby: Jesus, brother! Why would your mind even go there?!

Henry: (angrily standing) Nnamdi, I swear to God, if you don’t answer me this min…

Nnamdi: Yes! Yes! Happy now?! (Heart pounding) Bro, I wasn’t going to let things get that far, I swear. Bro, I can explain. I swear to God, bro.

Henry: (somberly) Tell that to the womb you no longer have.

Henry: (slumps down to the cushion and sighs deeply) We sleep with any girl and her womb is exchanged for more wealth. That was the pact we both entered last year. You’re fucked is what.

(Ruby shits herself and faints, closely-followed by Papa Henry who sends the device in his loose grip crashing to the floor. Henry, embittered by the situation, picks a brutal fight with Nnamdi, turning the living room upside-down as he punches Nnamdi’s face and teeth into his head.)

Mama Henry: (in the bedroom, smiling to herself) I knew you would show me a sign when it is time for me to come home. Thank you, Lord.

She quietly walks to her makeup bag, takes out her eye-pencil’s sharpener, and slits both her wrists. With a smile she sits on the floor, singing praises as she bleeds out fast.

CHARACTERS (in order of appearance).

Photo by Marek Piwnicki on Unsplash

Ikay is a man born of a woman, a biochemist, and a really, really cool playwright whose mind is a game reserve where wild and tamed thoughts find a way to coexist. How they do that, however, is something Ikay has not been able to comprehend so far.