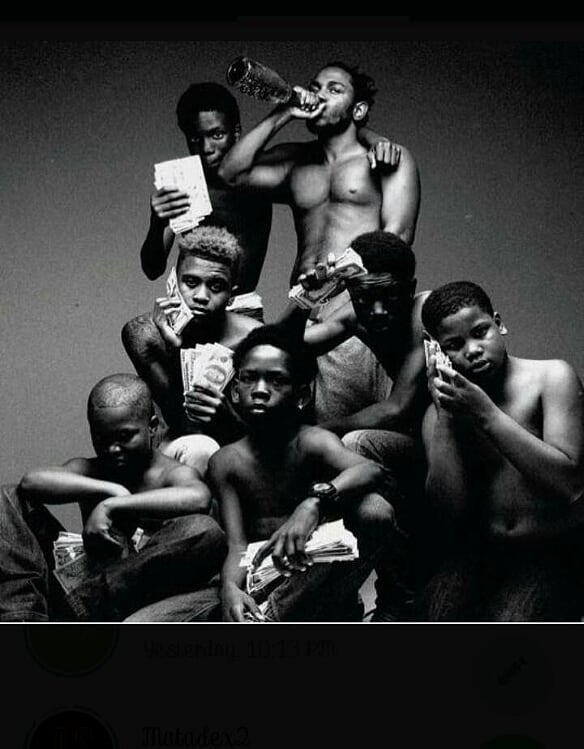 No Redemption In Hell

Uncensored culture. Weed. Drugs. Rap music. A bit of reggae and a little mix of the hood, the street blended in a bottle of vodka and hard-knock spirit is what makes an OG.

OG is that guy that shares his blunt with you, when you go broke, he asks for your name and he tells you his. He tells you how his father killed his mother and killed himself after, how he watched the scene in passive horror. He smiles and says “Na man I be.”

OG is that guy, down the street who allows you to use his room when you bring a girl. OG is that guy who you argue football with, argue music with, smoke weed with.

OG talks about life in a way thugs do.

OG is a relic of the society, a paradigm of the nature of influence, life and all its ruggedness, like jagged pieces of broken glasses shattered on the scene of a fight.

OG says “one way doesn’t lead to the market.” You take a cue from OG and it keeps you up at nights.

You are not allowed to cry, because tears are for women, not for men. When you cry, you lose your manhood and all that makes a man, you shed yourself away, bit by bit with every rivulet. Even when you do, you must hide it because it’s sacred.

Where you come from, a boy walks out in the morning, a laptop in his backpack, but he never comes back. He will never come back.

The songs they play on the radio have no tune of redemption, no tune of the kind of peace you seek, but you stretch with the hope of finding something beautiful to cling to. All your life you live peering at people’s faces, trying to find your lost brother in them, but he was killed by the Police a long time, just for being a boy.

You start writing, for life, for redemption, to chase the clock maybe you can finally have a hold on time.

For the boys who left and never came back.

For the boys who belonged to a world where all things are old and forgotten, dreams of old masked in hardship, struggle and hustle, for the boys who have abandoned the dream, now they chase food, they chase after daily survival, some chase after yellow buses with black stripes I’m the streets of Lagos.

You can bleed, but don’t seem weak. Bleed, but when you do, let your scabs turn into scars. Because your father taught you scars will convince your enemies not to mess with you, like that agbero who has several scars from old cuts crisscrossing his face like he got caught under a train and survived the impact. The hundreds of punches he has taken. Several cuts from broken bottles and knives, bruises from fights that when you see, he mirrors something static, something built for suffering. A suffer head. Revolving around the symphony of torture, misery and hard knock life because survival isn’t spelled in English, survival is spelled with your heart in your mouth, the language of the misfit, the poetry of part-time believers, the song of soldiers when they die in wars their love ones sold them off to, the Bible of thugs, the gospel of criminals.

Yesterday, your neighbor was dancing Zanku to Lil Kesh and Olamide’s Logo Benz, today her panties got missing and because it’s a crime to be a boy, she turns to you and asks if you for her panties because you wear the same size with her. You include her in your prayers because her fear is a microcosm of what femalehood is in this side of hell. Missing panties on clotheslines. So, you pray she sees next year and the year after, anything after that, if she may.

OG is your Dawg. He shares his blunt, he rubs your shoulders and he tells you, “You see that girl? I don lash am.” You laugh and pretend like you are a badass, you were not raised in the streets, your grandma raised you, cusses were forbidden and the street was an abomination. It was riddled with boys who couldn’t stay at home, boys who ran away from home, boys who don’t have the luxury of guidance. That was what she told you. But you go out anyway, you go to the street, you take your first shot like you are sipping a hot coffee, they laugh at you, OGs, you laugh with them then you drown yourself. Your first blunt left you disjointed, it left you with all your bones in your hands, your eyes at your feet and your brain twisted and twisted till OG started looking like something that fell from heaven, perhaps, an angel as he offers you his hand and a drink in the other. That was many years ago, and many more other boys who never wanted to appear soft, who never wanted to appear weak and broken took that blunt because it felt good, because OG was doing it. Boys who felt the spasms of pressure swell around their head, because you have to be hard. Hard as a nut. You must not be a weakling, because real men this, real men that.

The preacher comes knocking on your door every weekend, he comes with a brighter smile each time. He talks of God. He talks of Heaven and of hell. You ask if there’s another heaven aside the inside of a new Benz model or the crack between a woman’s legs. He smiles and says material things shall fade away but the kingdom of God is forever. You want to believe him, you want to. So you ask if there’s another hell different from life, different from this part of the world, this time he laughs. He says, yes, a tougher hell where all sinners go. You want to believe him, you want to believe him but weeks later you meet him at this aboki’s shop, his head buried in a haze of smoke, his fingers holding a stick with a gleaming red at the end. Weed. You smile and say “Preacher, there’s love in sharing.” The language that OGs have in common. He’s afraid to share his blunt but he shares it anyway.

You think of what he’ll preach with next weekend: “As you light up this blunt, may God light up your life.” You smile.

There is the gospel of redemption and the Bible of the unfit, the broken, the outcasts like when thugs cry, when the condemned cry, do they reach the walls of heaven or is it just a state of the mind?

You. And of all the things you are covered in, your identity, the injuries of a boy are now the scars of a man. The uncensored culture, you say fuck as fuck. You say bullshit as bullshit, no sugar coating, sometimes, you wrap weed with Bible pages.

In sin and in predation, the preacher says there’s no redemption in hell, maybe if the devil bleeds, we will stop dancing with him.