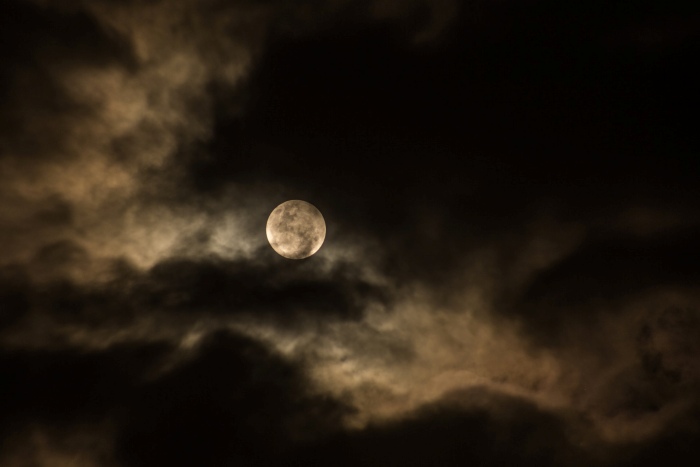 My mother and my younger sister were getting hysterical, and I honestly couldn’t blame them. To say I wasn’t utterly terrified would be a bald-faced lie. I was terrified. But more than that, I was fed up. I couldn’t take this life of having to always move year after year.

“Mama, Nene, are you both telling me you’re fine with having to do this every year because of that… that… thing!? You want to be packing up every time abi??” my words came out a little more accusatory than I’d intended.

My mother opened her mouth to speak but then thought better of it. Of course, she wasn’t fine with it. No one in their right mind would, not unless they were drifters. But again, I couldn’t blame her. She was only doing the best she could with what she had. I laid a gentle hand on her shoulder as I watched her fight the turmoil brewing within.

“We can’t continue like this, Mama… it’s taking its toll. We don’t know people because we’re always moving. And it’s getting harder and harder to start all over again…”

I could tell Mama wanted to speak but had no words to refute mine. Finally, she spoke, her voice nothing but a whisper.

I sighed. I had to. There was no way to fight this curse that had tracked us for years, except to actually fight it. But to Mama’s question, I only nodded.

And at that point, I saw the tears begin to roll down her face.

We weren’t always on the run. Once, we had a stable enough family life with the full set; Mama, Papa, Nene, and I. Papa was the town’s witchdoctor, a very good one at that. With his abilities, there were always times we wouldn’t see him for days on end. But no matter how busy his work got, he always found a way to come back home and spend time with his family.

One day, he told us of a case in a not too far away town that needed his attention. It sounded like a simple possession case, so he wouldn’t have to take too long before he would return home. If there was any consolation to be had from Papa’s far trips, it’s that he always brought things back from wherever he was. His journeys and souvenirs were like a bridge for us to know more about the world beyond our sights.

Papa had never been on a journey that lasted more than a week. By the end of the second week, we began to sense something was amiss. By the third week, we were all worried. It was in the middle of the fourth week that it all began. The way Mama puts it, she suddenly felt the deepest sense of dread out of nowhere and had the sinking feeling that something incredibly wrong was going to happen…

By the end of the fourth week, there was a death in town. Someone had been brutally murdered, their insides cut out and left in the open. We don’t know exactly when the person was murdered, but by nightfall, we had another mutilated body. Mama’s feeling of dread only intensified as day by day the killings got gruesome.

And then one night, Mama’s sense of dread was so severe she was crying and choking up. We had been debating on leaving the town like the other people were doing when the dread’s source showed up at our doorstep.

It was… the thing… stood in our doorway with blood dripping from its… hands. I wouldn’t call those hands but… Nene screamed and made a run for it just as the thing tried to grab her at the door. Our screams and cries for help brought neighbours to our home, but as soon as the thing’s attention was occupied, Mama had us bundled out the backdoor and out of town that same night.

We never went back.

Turns out Mama had envisioned we may need to flee at a moment’s notice and had a few things packed just in case.

Since then, no matter where we went, around the same time of year Mama would feel that deep sense of foreboding until it’s about to crush her. Then the thing would appear again. We’d come to believe that, because she was around Papa so much, some of his magic had rubbed off on her. We’d come to accept it as an alarm bell for our lives.

And that bell was ringing again.

But this time, I wasn’t going to run. I was going to try and kill it. Amongst the things Mama packed were Papa’s tomes and materials. For all the years we’d been on the run, I’d been practising, sharpening my skills as best as I could.

And the only way I’ll know if they’re sharp enough is to use them. I tried to think of something to say, anything that might help ease Mama’s burden when she gasped out in pain. Then… it became difficult for her to breathe. Each inhale looked painful for her, and as she struggled with her breathing Nene looked at me, nothing but fear in her eyes.

The thing was close.

The creature took unhurried steps towards its destination. It didn’t matter how fast they ran, or how far they went, it would always catch up. Wherever they went, their light was a beacon that only it could see, steering it back on the right path to its end.

It had got them again. This time was different. They did not look like they were about to flee. Maybe they had finally grown weary. That was how it went. They always grew weary. If the creature could smile, it would have, but instead, it kept moving with what could only be described as some form of elation in its sluggish steps. Once or twice, other beings had seen it and tried to flee.

It killed them, bringing out their insides as they screamed and pleaded for something it did not know how to give. And when it was done killing, it continued on its solemn journey.

Soon… It would reach them.

You sit on the ground, reciting the words you learned from studying your father’s trade, imbuing the staff laying before you with the incantations of power. Slowly, the staff begins to glow with the energy it receives from the ethereal realm.

The staff glows brighter, the light giving off a heat that hits you. You wince at the pain, but you have to finish the incantations.

The staff begins to shake with power, tendrils of sparks snaking around it as the glow subsides. You feel the power crackle through you when suddenly everything goes cold. You bolt up from the floor, the change in temperature alerting you to what could be. You look around and see it… it stands behind of the trees, its talons dripping with blood.

You feel nothing but raw fear as you suddenly freeze, the cold air intensifying your fear. The thing takes a step forward, enough to jolt you back into action. Quickly, you swipe your staff through the air to send a shard of crackling light hurtling towards the thing. The shard misses its target, striking a tree just inches away. In haste, you send more shards, each missed strike giving the fear within greater shape.

The creature doesn’t have a face; its face nothing but scorched, wrinkled flesh. But you begin to hear a tearing sound, and you watch in horror as flesh rips itself apart to reveal teeth stained with rust. Together, the ripped flesh and rusted teeth give off the impression that the creature is smiling—no smirking at you. This frightens you but also angers you. A spell from Papa’s tome comes to mind and quickly you spin the words together and aim with your staff at the creature. Power snakes to the tip of your staff and blasts out in the form of a hawk, flying straight for the creature.

To your shock, it grabs your spell in one hand, the talons slicing through until the hawk disintegrates. Spell after spell after spell you hurl at the creature, but each one is batted away or crushed like paper. You start to realize your training isn’t enough to take this fight on your own. And now that the creature has found you… there’s no way out.

Another incantation to wrap the staff in more power, and you lunge at the creature, batting and whacking it with your staff. The blows don’t do damage, and you try one more desperate lunge when the creature finally grabs you and runs its talons through your belly. Your insides fill with hot white pain and the talons slip in deeper, all the while the creature’s rusted teeth keep grinning at you.

With the creature close enough now, you recite the words that you read the first year you, Mama, and Nene had made a run for it. The words for a spell, one that would take care of this creature once and for all… but it would take you with it. You had hoped you would never have to resort to it, but deep down you knew you needed to learn the spell. Just in case… your training wasn’t good enough.

As blood leaves your body and the creature begins to remove your insides, you whisper the words;

You feel the power expand inside of you and bubble out, burning everything around you. You feel the heat the spell gives off, but oddly this time it’s warm. You look at the creature as it burns away, and you could swear that—as the thing’s face was burning away—you catch a glimpse of Papa’s face, his eyes filled with tears and sadness. And then, it’s all white light before things fade to black.

Before all she felt was dread, but now there was… nothing. It was empty, so so empty… An emptiness so deep it left a gaping ache in her.

And then… she knew. He hadn’t survived. On the road with her daughter by her side, she knelt down and wept. One look at Mama and Nene understood with an ache in her heart. She wrapped her arms around her mother as she too wept for what had been lost.

Photo by Fezbot2000 on Unsplash