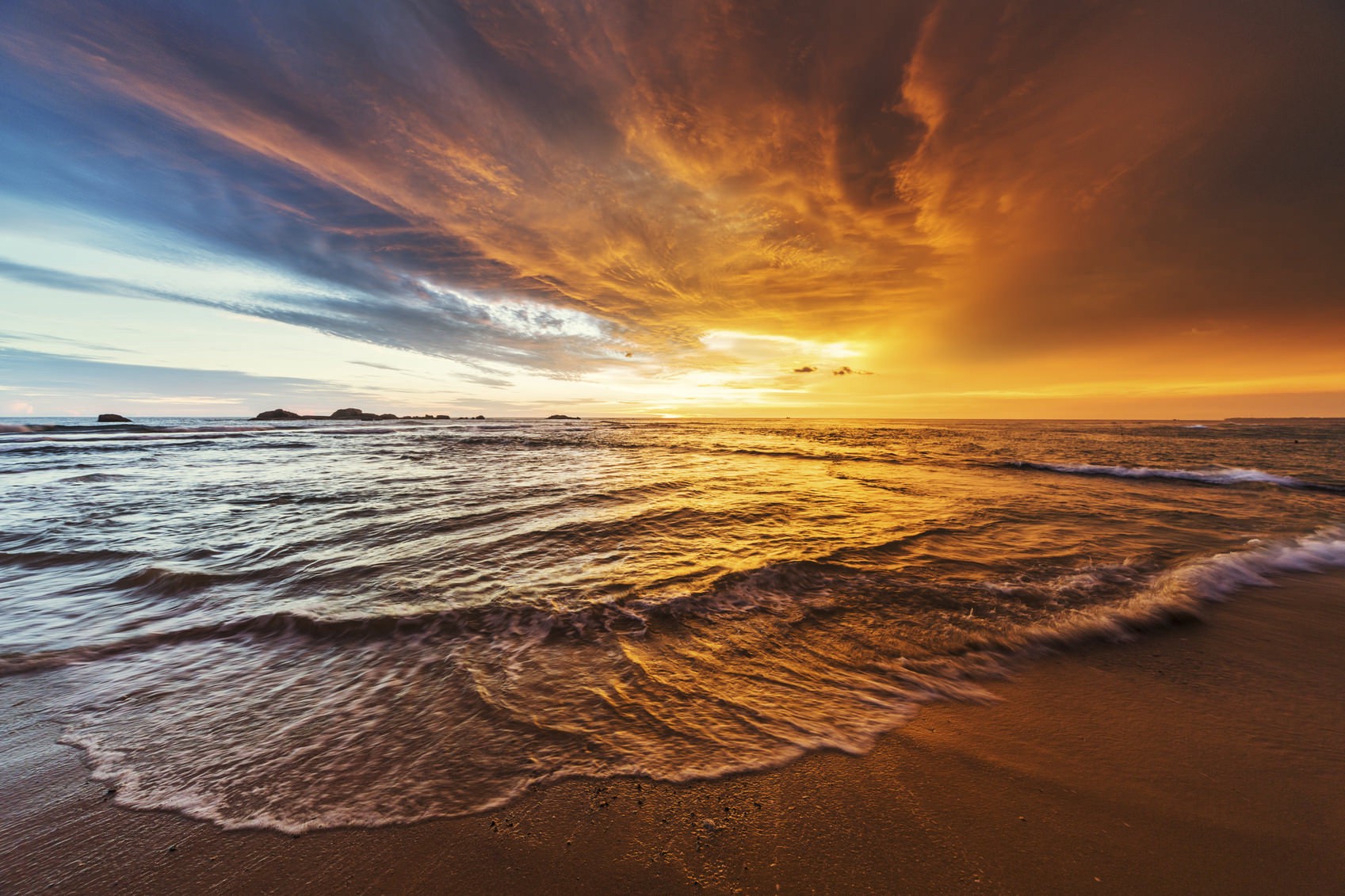 THE PORTRAIT OF A LANDSCAPE

This is a portrait without an easel, a painting without a canvas, floating freely in the seat of memory, unfettered by the constraints of reality. It is emblazoned in my mind, a haunting creation of an artist’s craving. It sits in the seat of my consciousness, this portrait of a desolate scene. It is a portrait of a landscape that is redolent of devastation, the painting of an arena steeped in destitution, the rendering of a place that has seen mayhem. This portrait speaks of a great evil that has traversed the world it depicts. It also speaks, and subtly so, of an immense state of melancholy. Be it the image of the setting sun casting its’ orange glow on the hills, or the thorny bush in the process of withering amidst the seemingly gusty atmosphere, or the long stretches of landmass spread out as though reaching the ends of the earth, there is something about this landscape that breaks the heart of anyone who looks upon it. It reeks of isolation, of abandonment. This landscape is devoid of human beings, except for one; at the center of it all is the body of a beautiful dead girl.

She lies in the everglade of that withering bush, the glow of the setting sun making her skin look less pale than it normally would. A streak of blood runs from her head down to her torso. This coupled with the way her clothes’ been torn is enough to tell one that she is the victim of a vicious crime.

I do not know the name of this girl. We can call her Amaka or Bridget. What does it matter? What is in a name after all? Is it not merely something with which we tag ourselves like animals? Let her be nameless, this beautiful damsel who has joined the league of the unliving. The only thing of importance at the moment is that she is dead and it is with this in mind that I proceed to espy certain things about her life from looking at the image of that dead body. Her hair is natural, she’s wearing a black top and a yellow skirt- these things tell me that she was a simple girl, unworried about adorning herself with superficialities. Close to where her body lies is a book. Looking closer, I realize that this is a Bible. With this, I quickly surmise that this girl was on her way to church when she met her death. These little things, these nuggets that I am able to deduce from analyzing the portrait isn’t enough to inform the larger detail pertaining her life, but it enables me to make up the other bits, with a level of supposition. It is possible, for example, that she was in the church choir. Perhaps she had a boyfriend with whom she was estranged [ I must think along this line because the boyfriend is the first suspect to consider responsible for this heinous crime]. Perhaps they met in church, fell in love and then fell out of love, probably because she uncovered a sinister streak about him. Perhaps she had an aggressive father, for aren’t most fathers given to aggression? Isn’t it a fact that most fathers give their children grief? Perhaps she had a mother who loved her very much and a younger brother who is probably waiting for her to come home. It is possible that she was well loved by most people. It is possible that she was a good person, intent on spreading felicity to the world. So who is the vile creature that took the life of this kind-hearted soul? The murderer, of course, is nowhere to be found in this landscape. He is, like most killers, elusive. He is beyond the realms of what my mind can fathom. He’s far off on the horizon of my imagination.

But then in the crime, the criminal reveals himself. The scene of this murder says something about the person who committed it. The viciousness of the killing tells me that the killer was perhaps someone that the victim knew. Maybe it’s the aggressive father,  who driven towards rage, bludgeons his own daughter to death after defiling her body. Maybe the killer is the estranged boyfriend, who overcome by a fit of anger,  murders the woman he had professed to love. Or maybe it’s an ex-boyfriend who,  jealous that she had moved on with her life,  decides to curtail that life. One of these people is likely to have committed the crime because statistically if we are going to be murdered, our killer will be someone that we know. Chilling though this might seem,  it is another cold fact of life. It is when we have dispelled with our suspicions concerning people close to the victim that we can now begin to look at the wider world for the murderer. And in looking for the killer in the world, he becomes even more elusive, a despicable soul faceless amidst the sinister multitude.

Having wallowed in conjectures about the criminal, I return once more to the portrait, this painting which,  although existing entirely in my mind, still provokes an eerie feeling in me. And it is to assuage this feeling that I look out the window. My intention is to clear my mind but what I see as I look out the window is so disconcerting that I almost go crazy. Walking down the path close to my window is the girl in my portrait. There is no mistake about this. The yellow skirt, the blacktop, the natural hair, the Bible in her clutches,  all serve to tell me it is her. And even though I had imagined her dead in my imagination, she is very much alive. This is when I realize that the portrait I had conjured up in my mind wasn’t just a painting, but a premonition, a telling of what’s to come. Perhaps if I act quickly I can prevent the foreseeable future, perhaps I can save this girl from the ignoble fate that awaits her down the path that she so languidly threads. But it takes a while to shake off the disorienting feeling of de ja vu that runs down my spine like a tingling sensation. It takes a moment before I finally gathered myself and head outside going after the girl so I can prevent her vicious murder. But like most acts geared towards stopping what will inevitably occur,  my action is futile. Before I reach the path I hear a wail and I realize that the murderer has pounced on his victim. By the time I reach her,  she is already dead. The disposition of her body is exactly as is depicted in the portrait. And just like in the portrait, the killer is nowhere to be found. For a while I stand there looking at her body lying there in the everglade bleeding from a crack on her skull , and I capture with my eyes what the portrait didn’t capture, the look of anguish on her face, an expression she had moments before she died. The overwhelming horror I feel at looking at this macabre scene keeps me from realizing how else the portrait has distilled into real life. It keeps me from noticing the setting sun which cast its orange glow on her pale body as it does on mine.

is a fledgling author who is interested in pushing the boundaries of literature, illuminating the contours of our lives. His heroes are Ben Okri, Orhan Pamuk and Kate Zambreno. Amongst others.