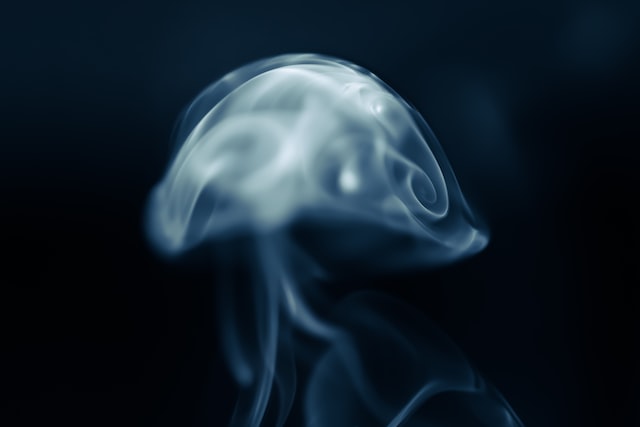 Published by Nnọkọ Stories on November 25, 2022

The metaphorical impression exuded by the titular cloak of Seun Lari-Williams’ poem collection is more or less one that every Tom, Dick, and Harry can relate to in one way or another without exception to the average reader or layman. As a matter of fact, there is something for everyone in the collection. The fact that creativity is the mechanism that ferries the tapestries of life couldn’t have been expressed in any better way than it was by Lari-Williams in this sixty-poem collection titled “A Little Violence”.  Ranging from the personal to public, harsh realities of life, satiric jabs, didacticism, life’s intricacies, cultural imbalance, love etc, this poetry collection is richly embellished with great thematic preoccupations. Using places (both concrete and abstract) which the average African and individual from any part of the world can easily resonate with, this collection vividly paints a tapestry of every reader’s reality.

As it always is with great literary works like this, picking poems for illustrative purposes for each cluster is usually a difficult task. Be that as it may, each cluster will be represented with two poems or three at the most. The poet ushers us in with a poem titled “When it Rains in Lagos” which, from a literal point-of-view, gives credence to the anonymous premise that “Reading avails one the opportunity to meet people one has never met before and as well, be to places one is yet to be.” The poet assumes the role of Leonardo Da Vinci, this time, with words, as he paints the reality that follows a downpour on the streets of Lagos, hence, giving the reader a bigger-than-life picture. The stanza-by-stanza elicitation of Lagos by the poet certainly makes one feel as if he or she was on its streets actually and in addition, underscores the fact that Lagosians are relentless as not even any downpour can limit their moves.

When it rains in Lagos,

the streets are dry

with only twenty million people

no matter how hard it pours…

when it rains, Eko

must go with the flow, for

Also, “The Bus Left” and “Home” further stretch our imagination to have a grasp of the somewhat everyday realities of life in Lagos, from buses vanishing with one’s balance, and noises from rickety danfo buses, to loudspeakers from churches blaring to horns blasting on top one another.

The poet employs the use of satire in poems like “Documents”, “To Nigerians in the Future”, and “Hate Speech”, perhaps in the bid to conduct some checks and balances in our society, in some way, reminding us how life should be and somehow, prodding our consciences, the poet puts himself in the place of varying documents that could change certain situations in one’s life. This is in my view one of the most creative forms of poetry in this collection, needless to mention his questioning of the political class whose policies as a result of being power drunk seem to trample on certain fundamental human rights such as the right to freedom of expression or speech. The poet, with a ray of optimism, seeks answers from Nigerians in the future about how the situation of the nation will become.

Citizens of the future, I greet you.

Write in the ashes so that we may

Tell us what becomes of us.

Amazingly, the poet employs the use of pidgin English in poems such as “Hunter”, “Dem dey talk War”, “Okpoma Love song” and “To Babe wey dey do shakara”, a popular poem by Andrew Marvell originally titled “To His Coy Mistress”. Lari-Williams, like Ezenwa-Ohaeto, makes sure that the average or common reader isn’t left out in this rich collection. The poet warns about the dangers of war with a focus on the Biafran war and how it isn’t a sweet experience as movies and stories have made people believe.

You know wetin be war?…

No be Nollywood tory o,

Furthermore, the poet through “Semicolon”, touches on a very sensitive issue in the society which is suicide.  The poet paints how victims are initially ignored until the reaper’s scythe reaps blood. Through this poem, the poet warns and perhaps establishes the fact that everyone needs close attention once in a while and as such could prevent the possibility of any tragic happenstance.

This world was your hell

And I couldn’t tell.

I scroll through my phone and

empty “all is wells”,

When death blocked your ears,

I should have lent you mine.

I never saw the darkness sitting on your face.

My favourite cluster of poems from this collection are those that paint the downfall of our cultural practices which “Table for old Gods” vividly reflects. The incursion of the whites into the African continent certainly came with a clutter of doom whose effect is still being felt till date. The poet in a merge of Greek and African pantheons explores how some Gods in these pantheons have been replaced with new ones.

at an old, rickety table,

And speak of times gone by,

Of times when our temples

Come sit with us and eat

the crumbs that fall

In a somewhat humorous manner, the poet through the poem “How to greet my people”, paints the image of how the yorubas prostrate while greeting their elders using the clock’s arms. “At the Airport” metaphorically and creatively gives us a perfect view of how life is here on earth as we all are in different phases of coming and going represented by the arrival and departure lounges in the airport. This clearly places the poet’s imaginative prowess as next to none in my view.

Interestingly, the girl child and gender inequality are explored and given attention via poems like “It’s a Girl” and “Pride and Gloom” in which the issue of child marriage is painted. Being a practice that is encouraged by some cultures does more harm than good to the girl child and should be stopped by all means. The sexism attached to the birth of a baby especially here in Africa is equally brought to light.

When she was born,

As from a tap just turned off

That if it’d been a boy,

To carry on the family name,

Waterfall into a river…

A girl just wants what

The poet obviously celebrates his daughter and by implication becomes an archetype that other men should emulate in valuing their children irrespective of gender.

Finally, the artistic relevance of this literary creation cannot be underemphasized as it is more or less one whose tentacles spread wide into distinct issues in the society and appraise accordingly. I am of the view that every lover of literary creations should have a copy of “A little Violence” sitting on their bookshelf as Lari-Williams has done it again.

About the Author: Iwuagwu Ikechukwu is an African poet, Essayist, Screenwriter and Dramatist with a degree in English and Literature.  His poems won the Poetry Nook weekly contest & got an honourable mention respectively, available in the fifth paperback edition of the Poetry Nook anthology on amazon. His short story “Five Shades of Victory” was a recipient of an honourable mention in the IHRAF Creators of Justice award in New York – 2020 edition, His works have been published in The Shallow Tales Review, Black Boy Review, Talk Afro Magazine & Ka’edi Africa (Nigeria), Jalada Africa (Kenya), About Place Journal, Flora Fiction, Fumble Magazine, Bombfire Lit, Cholla Needles, Disquiet Arts, Carmina Magazine (USA),  Dissonance Magazine (UK) and Orange Blush Zine (Malaysia). He is a foodie, a lover of the Igbo culture and can be found in his spare time researching, teaching, writing or reading the works of Christopher Okigbo, Soyinka, Adichie, Buchi Emecheta & Ifesinachi Nwadike. His first Ebook publication titled “The Baptism (A collection of Three Short Stories)” is available on Amazon

Photo by Marek Piwnicki on Unsplash