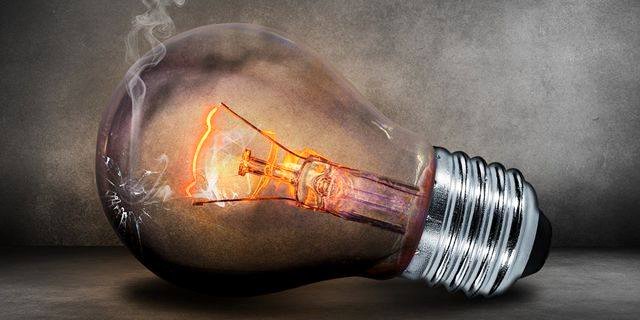 Published by Abimbola Micheal B on April 2, 2020
It’s either this bores you or excites you as a WRITER, however, if you fall to the former, maybe you should check yourself.
I know you must have heard about the big bang theory and how an expansion of the universe erupted from a relatively small volume, then booom! Like dynamite we have the whole world and thousands of matter forms mother earth houses. No, wait, just kidding. The “big bang” name is a rather misleading appellation, considering the name and the theory that explains a gradual expansion rather than the cataclysmic explosion as the name implies. What a baseless irony? I asked that too.
What’s my point?
You know, there’s been an ever-raging argument and constant rebuttal against this mainstream notion that science is far off better than art. The baseless argument, methinks. Just like the Messi-Ronaldo controversy, the Nas-Jay Z argument, the Wizkid-Davido hullabaloo.
We haven’t considered the fact that there are tinges of art in science, perfect order of existing symmetry in art, hence the collision of both.
How writing ideas are birthed.
Using the basic laws of thermodynamics and learning how we defy them, the first law of thermodynamics states that energy can neither be created nor destroyed; energy can only be transferred or changed from one form to another. The big bang which is a widely accepted explanation of how the universe came to be is said by some to defy this logic of thermodynamics. I’m not going to tell you if the big bang is accurate or inaccurate but it’s going to be part of my model. Now emphasis on how the big bang expanded from an infinitesimal form to a hanging suspension holding the whole universe and its elements in order. That’s just how our mind works most times. Something relative, of course.
In this context, the universe is like our minds as creatives, as writers, as artists. Think of the time zero (00/00/0000), before the beginning or perhaps the moment of “creation”, the exact moment or a few moments before. The theory of big bang explains that the universe, in the beginning, was extremely dense and intensely hot, the matter couldn’t form with such combusting energy the universe exhumed. So it cooled out by expanding and expanding rapidly, thereby forming matter as it stretched. And in a matter of moments, the universe stretched across space from a form of singularity. An idea.
An idea is relatable in this context with our minds as the universe, picture a dense state of mind as it heated up, steaming, then an infinitesimal atom of an idea is birthed. Still heated up with the fact that that idea as small as it is has the potential to house hundreds of sub-ideas. Then the expansion begins, rolling out plots, sub-plots, characters, main characters, settings and all. When the expansion begins, the idea evolves into taking several shapes, like how when one tries out new clothes before finally settling with one. The mind begins to cool out, gradually and gradually until the idea makes sense. That’s how writing ideas are birthed. The only difference is the universe might keep expanding till infinity like geometry and arithmetic progression in mathematics, an idea can expand like that but not till infinity, hence, a book is born. A story. A piece of painting/drawing. A song.
A piece of writing for example, like how the big bang resulted into forming the four basic forces of the universe: Electromagnetism, Strong Nuclear Force, Weak Nuclear Force, and Gravity. The initial big bang of the mind in regards to birthing writing ideas formed the: Plot, Climax, Anti-climax, Resolution.
See? Art is somehow entwined in the symmetry of science.
And if we try to follow the first law of thermodynamics, we know how this works. Energy converted to another form of energy and all. Apply it to art, to writing. Then the inspiration birthed by something outside our minds comes into the cards. You know as an artist, a writer, a musician, many things inspire us.
Many times, an external force inspires us. Some of these forces are:
-Words from another person. Just a single word can spring up a story idea. Someone says something figurative, you take it as a title or a significant phrase that would resonate in your story not by plagiarising it. These words can come from anywhere; spoken or written.
-A song, usually, a good, soulful song does it for me. It plants that energy, that vibe. The beats, the lyrics. Just everything in order.
-Another story or poem could inspire another story. Just like a book could inspire a movie. Not necessarily an adaptation. To find an original story idea is just difficult as discovering the equivalent of the Koh-I-Noor diamond. An idea could be original, but it’s a rare case, it springs from an external force. Another testament to the first law of thermodynamics.
-A Picture could birth a story.
-True life events, some of my stories, though are fictions but are usually adorned and embellished with real-life occurrences.
Yea, I’ve exhausted both my head and my hands. This theory is the only relative of two foremost scientific notions. The big bang theory of how artistic idea flows with that scientific case. Or the first law of thermodynamics which I think is the most common when birthing ideas out of an already established force. The Big Bang story idea generation theory or The First Law Of Thermodynamics theory of ideas birthed from another droplet of an external idea.
Art and Science are closely relative after all, looking at it from the dimensions of these theories. I don’t know if someone dead or alive has argued this like this, but this could be the tombstone of that misleading notion that science is in no way relative to art.
Mathematics is just like philosophy, an art of numbers with a scientific voice. Physics is making a force out of still art.