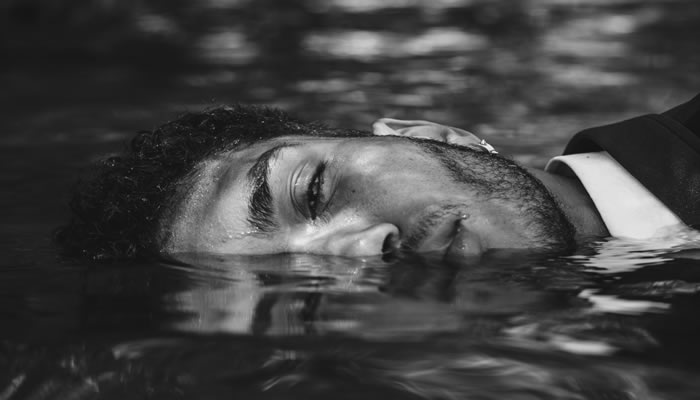 In The Name OF Love | Winifred Òdúnóku

Early this morning around 4 AM, while I was trying to get out of bed to go use the bathroom, I felt the weight of heavy materials, like a heap of clothes, resting on my right arm and benumbing it. The room was unapologetically dark and I searched the whole perimeter of the bed for my phone, but it was nowhere to be found. I remembered that I had placed the phone on the shelf, right beside the bed, so I reached for the shelf but it was not there either. I hate having to grope in the dark or to strain my optic nerves trying to find lost things in utter darkness. I tossed the impediment on my hand aside and got up slowly from the bed, ready to face my fear and scramble to the light switch across the bed.

As I stepped my foot on the floor, something seemingly feathery leapt past me and I screamed as I hopped back into bed. I held unto my pillow and rested my chin on my knees, waiting for daybreak or some shimmer of light to shine through the window slits. In that position, with a racing heart, I started thinking of what could have happened while I was in slumber land; how my phone was not on the shelf where I’d put it, how the carefully arranged clothes in the wardrobe landed on the bed, and what on God’s earth could have breezed past my leg like a fleeing chicken. I could hazard a guess though that Collins, my globetrotting husband, came in while I slept, changed his clothes and left again like he always did, and that would have been the perfect explanation. And it takes me by no surprise anymore because I have gotten used to the banters, derogatory comments, beatings, and unforced hatred that follows my accusations of him not being a present and loving husband anymore.

One would wonder if he really loved me when he asked my hand in marriage thirty-two months ago, or how the love that was once burning in his heart like an inferno had now suddenly vanished. Whenever I complained of not getting his attention, love, and care, his defiant reply to most of my rants – if he cared to give an explanation that is – was always the blatant lie that he was multiplying his business and taking it to international fronts, hence, an obligatory need for him to travel very often. If he were strictly on business during those no-break-in-between weekly trips, an attar of roses might have been a soothing salve to heal my skin-deep emotional cuts, but no, he was always either enjoying his meeting breaks (if ever there was any meeting) in the bosom of a sugar mummy under a trussed duvet or spending thousands of pula to get one of those small-small lasses with perky breasts that walk around in tempting revealing clothes to go on an exclusive lunch date with him.

“How can you be so sure that he’s seeing other women?” you seem to be asking.

I’ll tell you how. But before I do, I probably should let you know that not only does he just cheat on me, he does it to spite me and pretty much throws it at my face intentionally. On countless occasions, I have found used malodorous condoms in his pants that suggested that they were used on prostitutes that often solicit in red-light districts. More than once, I have been called by private numbers – they called themselves bloggers – and told to visit sosoandso.com to see a leaked video of my husband getting fellatio from one Gaborone big girl or the other. Many times than I have lost count, I get anonymous text messages saying if I went to ABC hotel along XYZ Street, I would catch him red-handed with a side-chick who is readily available to meet his sexual needs and eat his money.

You needn’t wonder how these people got my digits in the first place. Some of my husband’s friends confessed to sharing my number with their close acquaintances that needed to reach me to reach my husband, or some supposed company that wanted to go through me to strike a deal with my husband. Sometimes, I am struck dumb and I realize that Collins’ friends were just so concerned with my marriage that they mindlessly shared my number with any self-acclaimed known blogger that swore to make the unseen seen because I have never gotten a caller that said they wanted to seek my indulgence to talk to my husband on their behalf. How morose. Collins is a stoke-broker – I wouldn’t know for sure but he claims to have ventured into the business lately – and the king-pin of a multi-national company here in Botswana. He travels across the continent and around the world like a woman would go to the stream to fetch water. His bedmatic prowess had crossed borders and had been augmented by ‘big’ girls of the glorified Giant of Africa. That moniker should really be “Ant of Africa” anyway. I would have proven it as I talk to you right now, but today is a day to rent my heart and lay bare the entanglements entwined in my soul. My position on the bed is still unchanged though.

I hear you ask again.

“Shelo, what have you done to deserve all of these? Any shortcoming from your end?”

You have the answer already to why I deserve being cheated upon. It is because I am too quiet. I don’t talk. I don’t react to situations as normal humans do. I get cheated upon, the cheat plays victim, and I still pamper him to sleep reminding him that I would always love him. I accept with affection all inconsequential tactility donned on me by a so-called lover, yet I do not wail or shout because I am too afraid to be heard by the world and saved from my torment(er). I turn deaf ears to the tattles that breeze past me and the call-to-actions that well-meaning strangers send my way. You know why? My tympanic membranes have become dysfunctional and my optic nerves are too weak to receive these generous signals. Truth is, I am weak and frail. My most-priced treasure is my silence and how I ogle at my weakness of being weak. I assure you, I can’t help it. I really can’t.

You can’t help it or you don’t want to?

Oh, not you. I was saying I can’t afford to be strong and here’s why. My husband loves me too much to not come back to me after his continental sexcapades. He always comes back and I always give him another chance at being a good husband, I always do. You see, second chances are like life-lines. You keep using them and they are struck out one after the other until none is left.

“So how many life-lines are left for Mr Baboloki?” you would like to know.

“And what if your very own life is taken before he exhausts his life-lines?”, you continue.

That won’t get to happen, I assure you. He uses almost fifty life-lines fortnightly, at least. His time-bomb is ticking outrageously. Only time will tell. Sometimes, I wonder what he thinks of me. Perhaps, that I am merely one of the many toads he has to go through to find the Prince, or that I am just a frivolous entity that he needs to fill the space in his house? Maybe he reckons that his promiscuity doesn’t hurt my feelings since I haven’t done anything crazy yet. I do too much thinking and less acting. No one is more aware of that than I. I may be a tad weak but I am a strong believer of Vishnu, who is the supreme enforcer of karma.

“Hmmm. Karma is real but what if your husband infects you with a sexually transmitted disease, have a child out of wedlock, or even throw you out when he decides to wife one of his concubines? I can infer from what you’ve told me so far that one thing, Mr. Baboloki isn’t is faithful. I wonder why you moon over him blindly.”

“Oh dear, I’m sorry. You’ll be fine, Ok?” I hear you say and I can’t help but wish you dead for making my lacrimal glands burst so. I really can’t.

I love Collins Baboloki. I forever will. Damn the consequences of his unfaithfulness.

Photo by Edward Kucherenko on Unsplash Winifred Òdúnóku is a budding Nigerian writer who sees writing as an art of self-expression. She is an avid reader and a writer of non-fiction, plays and poems. Her works have been published and/or are forthcoming on Tush Magazine and Nnoko Stories. One of her literary works has also been longlisted for the 2020 African Writers Award. Beyond writing, Winifred is dedicated to making impacts through volunteering, and is passionate about pursuing a career in academia and scientific research. She enjoys listening to songs with a headset. She blogs at winifredodunoku.wordpress.com and tweets at @majestic_winnie.