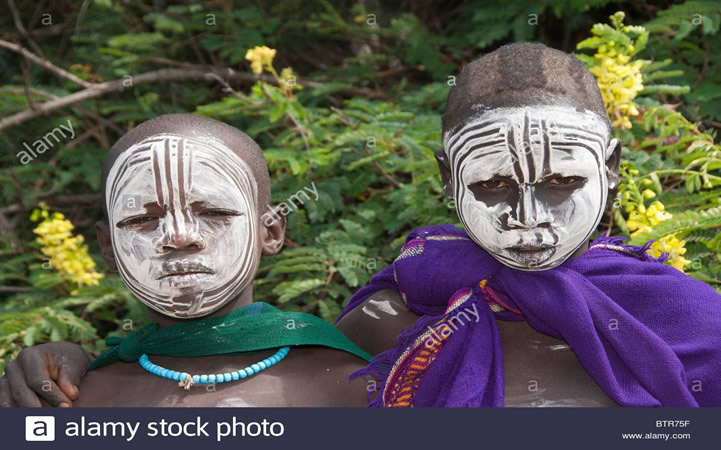 Published by Nnọkọ Stories on December 29, 2020

I watch mother prepare the maañ for weaving. Every day, she sits outside the hut, pounding them with a dekenin just to make a jaki. She never gets tired, or maybe she does. I don’t know. We don’t talk much, except when it’s necessary. Ever since father died, she has turned into a different woman. Her new character chased my elder brothers away. They both left home because to them, mother was no longer mother. She still isn’t the same.

“I hope you remember that it’s all beginning tomorrow?” Her voice brings me back to the present. I nod. I know she can’t see me, but, my response isn’t needed anyway because I really do not have a say in what goes on in my life.

Tomorrow, I am going to be 16, and in my village, 16 is when all the boys get circumcised. A ritual, which takes place 10 days after the festival of life—one that celebrates the god Hèvisso. As children, we heard stories. Stories that made it clear that only real men come out of it alive. I am not a believer of the real men talk because father would always tell me, “all men are men.”

An elderly man in his late 50s, and the chief wanzamè, who is going to circumcise us are the only grown-ups around. We are in a clearing in the forest, with nothing but leaves around our waists.

“You are all welcome here today.” The chef wanzamè shakes our hands. “Today, you walk in here as boys, but tomorrow, you leave here as men.” Dividing us into pairs, he gives each of us a task. “You are with someone who is either stronger or weaker than you. Now, if you are with someone who is weak, it is your job to groom him and make him strong. He needs to be ready for the circumcision tomorrow.”  I look at my partner, who is tall, and skinny. He has brown eyes, and his hair is black and brown. He looks uncomfortable and doesn’t acknowledge me as his partner. I don’t know what to do, but, I know he is the supposed weak one.

At night, we create a tent using leaves. The other boys are wrestling, and having what I think is fun, but I sit with my partner, trying to figure out why he is uncomfortable.

“I don’t know, I just hate it here.” The boy whose name is Moùfïd tells me.

“Uhm, why are you scared?” I ask him, my hand on his shoulder. He shakes his head and drops it between his knees. “Talk to me. You know we’re partners. So?”

Wait, I’m lost. If he is not 16, then how did he get here? Is he older or younger? The confusion is written all over my face, so he continues.

“My 16th birthday is next year. I’m actually 15. I was sent here because my dad caught me kissing a boy in the farm. He didn’t see his face because the boy ran away, but he tried to make me tell him who it was.”

He is crying now. I don’t know how best to comfort him, other than rubbing his shoulder, trying to calm him.

“So, when I refused to tell him who it was, he said I was becoming weak, and the circumcision would help me get back to my senses.”

Now, I’m shocked. My father would never. But it’s no surprise. The men in my village all have this stupid conception of what being a man is, and most of the time, it is depressing.

Holding his hand now, I ask him, “Does that mean you like boys?” He smiles. The first smile I’ve seen on him since we met. I don’t even need him to answer because from his expression, I already have an answer.

“I like boys too,” I tell him grinning. “I know we should like girls, but, I just don’t feel a thing for them. I’ve never kissed a boy though, but I always want to be with one.”

He looks at me and laughs. I see the tears rolling down his cheeks.

“Wow. I won’t. No one knows about me too except you, and well, my dad. He said it’s going to probably get me killed if people should find out.”

People like me, like him, are the ones not considered as real men. There is this unwritten rule of how a man should be, how a man should behave, and when people like us fail to follow the rule and follow our own path, society throws us away. We are not regarded as men, and we might never be regarded as men. I swallow my saliva and count to ten in my head. This is my chance, I think. I don’t know if there is ever going to be another one, so I make sure no one is watching us as I lean in to kiss him. He hesitates at first, then holding  my neck, he kisses me back.

It’s time for the circumcision. The chef brings out a knife and places it on his lap as he calls out each boy. The first rule is, “never make a sound while getting circumcised, to prove you’re truly ready.” I find it absurd because the chef is ruthless. He goes straight for the foreskin, pulling hard. He doesn’t care if you are in pain or not. He just cuts through and watches to see if you show any sign of pain.

I watch as the other boys go through their circumcision, holding back the tears.

It’s my turn now, and I sit down, my man-hood in the chef’s hand. I close my eyes as he cuts through my foreskin, trying hard not to shout. It feels like ages as the knife slides through again and again, and I dig my nails into my skin to control myself. When he is finally done, I open my eyes.

“Use this to cover up.” he hands me a dirty towel.

Moùfïd is the last on the list. The chef calls him as he sits down shaking. I know he is scared, so I look at him, smiling. He smiles back and is at ease until the knife begins to cut through. I feel the pain in his eyes, as I try to calm him down by mouthing words I hope he understands. It works for a while until his voice echoes through the forest. He is in pain. The pain is not from the circumcision, but from the chef chopping off his man-hood.

“To become a man, you must be strong.” The chef’s knife is cutting him. “Your father told me to give you the benift of doubt and let you get circumcised early, but you are not ready and won’t be. Ever.”

“Stop! You’re hurting him” I scream and try to run, but the other boys are holding me. I want to do something. I want to save him, but I can’t. I see Moùfïd writhing in pain and trying everything to get the chef’s hand off him.

“The second rule of becoming a man is to never look at other men lustfully, and I saw the way you looked at him,” The chef nods towards me. “We’re better off without someone like you here. Don’t worry, your father gave a go ahead.”

Right before me, the one who I had my first kiss with was dead. His body lying lifelessly on the floor.

Maañ- used in the production of jaki.

About The Author: Chisom Peter Job writes on culture, lifestyle, health, and technology. He is also a storyteller and editor.
Twitter handle is @peter_fect,
Instagram handle is @peter.fect.
website; www.chisom.contently.com