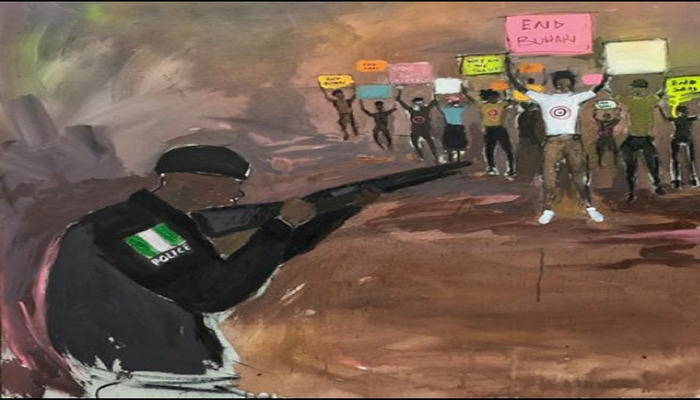 The Things We Never Say About SARS| Blessing C. Onyekachi

You stand like a statue at the mouth of your thatched-roof hut, gazing at the heaven as black clouds try to cover the serene blue sky. I think you’re wondering why “#EndSARS” and “EndPoliceBrutalityinNigeria” is hashtagging on social media like the way it is written now. You want to know why every tweet or post has pictures of a sea of vigorous but sad youths carrying poster boards and foam boards and banners which bears the same phrase that people hashtags their tweet and post with, or other slogans of the same stripe.

The Special Anti-Robbery Squad (they call it SARS) is the ant in our pants which we have been trying to ignore and cover our eyes from its vileness. Just like the name, SARS was established to help fight against robbery in Nigeria, but they chose to dance to different music. They turned part of our lives into crime, and the noncrimes we were known of doing even before their establishment became a means for them to extort money. They made it a crime to own a modern car (as they believe that every young man who owns it is a Yahoo boy), to carry a laptop in a backpack, to sag, and young men with dreadlocked hair and tattoos became suspects. Apart from their guns, which emboldened them to end a life that they can’t create, they carry with them a Point of Sale (POS) machine in case their victims complain of no means of giving them money. The fate of their victims is mostly death, and this is after they have robbed them of their cars and money and valuable properties on a graveyard-like road where nobody would see them but God.

See your eyes. They have widened in shock, and now you’re remembering your own grotesque story. You remember your rich uncle (probably the only rich man in the family) whom the SARS raided his house one Sunday morning when his family has gone to church and murdered him in cold blood because he happened to own a luxurious hotel and two-storey building and Ford Edge. Yes, you remember another case when your brother came back home with a bullet hole in his upper arm and told everyone that an errant police officer shot into a crowd of people watching a local football match and he became an innocent victim. You have refused to forget your neighbour who was stopped on his way to Lagos by SARS and his five hundred thousand naira which he wanted to start up business with was forcefully taken by them and he returned home and committed suicide.

Like you, my roommate has lost a dear cousin before. He was travelling back to school when the Mobile Police (MOPOL) stopped his bus and saw him carrying a laptop backpack (but there was no laptop in it) and deliberately shot him to death. The only crime he committed was that he asked ‘if it’s a crime to carry a laptop in a backpack’ when the police officer asked him whether there’s a laptop in the backpack. My roommate thought he was the only one suffering after his cousin’s death, but I received a bigger share of the excruciating agony. I saw him in the curtains, in the sink, in the lavatory, in the book while reading, and it tortured me into moving out to a new hostel and then I stopped seeing him.

Now you know why the youths you see are protesting. They, too, have been bruised body-and-soul by the Nigerian Police. Their love once and friends have also been murdered by SARS and other Nigeria Police, and so many have lost their money and properties because of them. I can feel their rage. I know you feel it and that’s why you stand there thinking about what had so enraged them that they have to fill the streets of Nigeria singing ‘End SARS’ and ‘End Police Brutality in Nigeria’.

I hope the father in the villa in Aso Rock hears them. He thinks the youths are demanding too much. They would ask for an employment opportunity (and that’s why he called them ‘lazy youths’), and now they’re trying to bend him into submission. He forgets that he has family and generations to come and when a soldier dies the barracks will still remain. He forgets that everyone, including his generations, will share in the status of Nigeria when he finishes his tenure. He forgets that Nigeria is for all Nigerians.

The father in Aso Rock’s villa thinks that every step taken by Nigerian citizens is for the purpose of shaking him. And why’d we shake him? After all, he came back into power after he was kicked out of power in 1985 and struggled in vain to become president in 2003, 2007, and 2011; and now he wonders how his next kick-out would be since all he has so far succeeded in doing is to cause hullabaloos.

If he would pick up an ant and put it inside his pants, then he would understand what we have been bearing. SARS is cancer spreading rapidly over the body of a pregnant woman. It’s more than we could bear. Those hiding under SARS as Nigerian Police are cold-blooded killers. I wonder what the father in Aso Rock’s villa was thinking when he ordered the Inspector General of Police to announce the disbandment of SARS and its replacement with a Special Weapons and Tactics Unit. Perhaps he thinks that we would be stupid, or rather “lazy”, enough not to see through his vaults of evils and know that he’s only changing the name of the unit. Of course, he successfully caused another, now fresh, ruckus after his silly trick. End SWAT, too. They’re the same men with bloody hands.

You don’t have to stand still anymore or gaze at the sky as though you lost your star in it. Today’s generation has proven to be a mighty lion waiting patiently to pounce, and now that the breeze has blown and everyone could see the anus of the hen, the End of Police Brutality must come and SARS and SWAT will be scraped off Nigeria and a new Nigeria will be born. 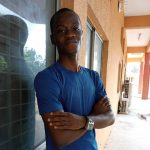 About The Author: Blessing C. Onyekachi is a Nigerian novelist, poet and short-story writer. His work has appeared or is forthcoming in River Bird Magazine, Nnoko, Writenow Magazine, Nantygreens, The Daily Drunk Magazine, The Kalahari Review, and a few others. He is on Twitter: @BlessingCOnyek1 and Instagram: blessingc.onyekachi.